The first half of this letter was written by my grandmother, Fay Lewis Foster.  The second half was written by my grandfather, R.C. Foster.  This letter was sent out to hundreds of CBS supporters in 1965.  Although he passed away in 1970, his stated wish that all of his grandchildren would sit in his class-room led to my mother forcing me attend her alma mater the fall after I was graduated from high school in 1974.  Coincidentally, this was also Richard's first year at the Bible College.   There we were--a Quaker and an unbeliever on a conservative Fundamentalist Bible College campus--and the rest of the story is in Singing from Silence.

Updated notes on Foster-Cincinnati Christian University history here.  I do not claim to live up to the contributions of my family members.  I only bring forward these facts to explain how I came to attend a Bible College back when I wasn't even a Christian.  It came down to the family I was born into.  Maybe you know what a Preacher's Kid is.  I had a little of that "you-can't-force-this-on-me" attitude.  At the time I began attending I was quite angry about what I thought would be a waste of time.   I'm on the front row, the short girl in a black dress on the end. 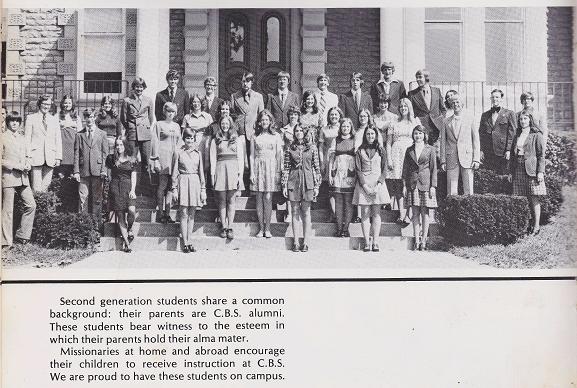 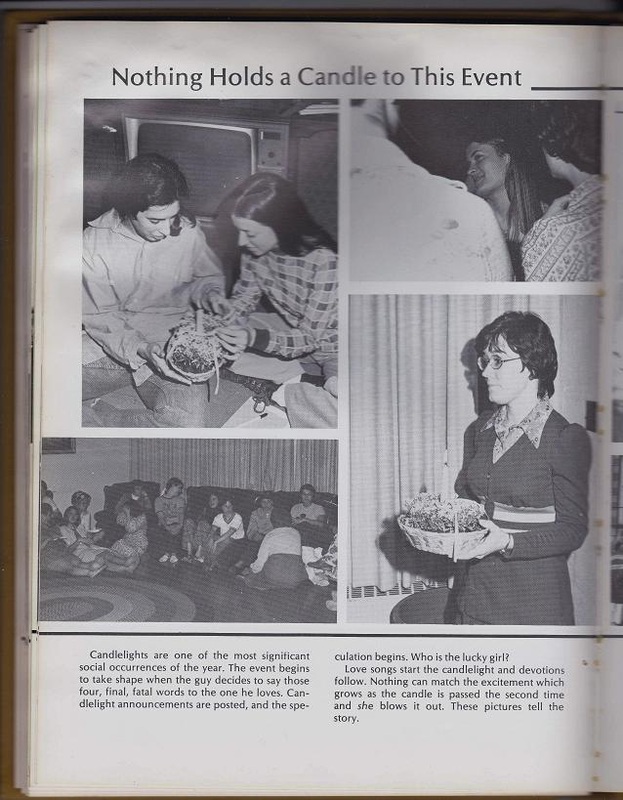 Click here for my reaction to the C.B.S. Candlelight ceremony.  I was one cranky freshman.  I believe the practice has currently been discontinued.
From the 1975 yearbook Nautilus, p. 136 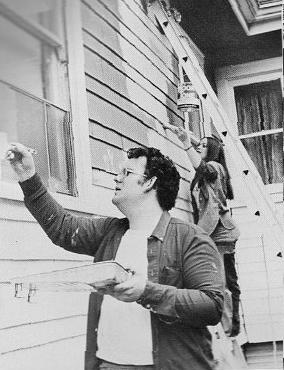 On Campus Day, everyone worked to improve the campus.  And women got to wear jeans all day long!   My version of patched jeans, above.