Some of Richard's relatives are buried in the Maggard Cemetery, shown in this video.  It was made as a thank-you to Beverly Walker, a relative of              Richard's who has spent years researching these lines, and who brought me on a tour of Letcher County, Kentucky.

A series of blog articles discusing Richard's ancestral roots may be found by clicking on these links:

*Noted American Mullins researcher Gary Mullins has kindly contributed the pedigree above, to the best of his knowledge after thirty years of study of his family line.  I remain grateful for his generosity, and for his further additions below:

"Then the conversation turns to Richard's description of his ancestry. 'I've got both saints and sinners in my family line,' he announces, buttering his toast. 'I have Quakers on my mother's side, and moonshiners and counterfeiters on my father's side. My great-grandfather,' he added, 'died in Federal prison. He was in for counterfeiting. . ."* Singing from Silence, p. 44 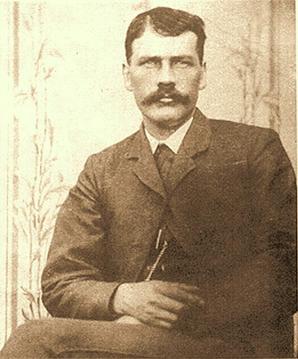 *From the database of Gary Mullins:
ANDREW JACKSON MULLINS, KNOWN AS ANDY, was born February 17, 1835 in Russell County, Virginia and died before 1877 in Albany, New York. Andy was convicted of counterfeiting, and incarcerated along with his brother (Wilson Mullins), and his brother-in-law, also named Andrew Jackson Mullins but nick named Brandy Jack. Brandy Jack was also Andy’s first cousin. All three were sent to the Federal Penitentiary in Albany, New York where Andy died (or, more accurately, was murdered). The family story tells that Andy was singled out (possibly as a means of hurting, or trying to break Brandy Jack’s will) and was put into a rain barrel by the guards “with his hands and feet bound. A spoon was put into his mouth, and he was instructed to ‘start bailing, if you want to live’.” It was said that Brandy Jack was terribly distraught when hearing of Andy’s death and the circumstances surrounding it, but never made-out that he was affected, so the guards would not think they had hurt him by their foul deed.

The following  is from an interview I made a couple of years prior to the death of Brandy Jack Mullins' youngest son Jarvie Mullins (Jarvie was born in 1904 and died in 1989--he was born when Brandy Jack was 87 years old by his 4th wife Melvie).

"...At the prison they had a rule that the prisoners were not to look up at the sun. A guard came up to him (Brandy Jack) one day and said 'Mullins, I 'm going to have to punish you, for I caught you looking up.' Father said, ' I didn't look up and if you punish me for something I didn't do, I will be the last man that you ever punish.' Brandy said he got a small thin knife that he used in his work (he was a shoe maker in prison), and he pulled a knot out of the wall and put the little knife in the knothole for defense if they took to punish him."

"...Andy Mullins was killed in prison. In my family there is a story of how Andy died. Supposedly, he was killed by the guards who were punishing him for something he'd done or not done. They bound him and prior to putting him in a rain barrel filled with water, they placed a spoon in his mouth and told him if he wished to live he'd better bail fast."

"Father said Andy's death hurt him worst than anything, and they wouldn't let him go to the funeral. He said that they were so cruel to Andy that he was mad for five years. While in prison they brought him food that had spoiled, even with maggots in it. He would push it back and they would save it and bring it back for the next meal. He wrote Phoebe, his wife, that they were bringing him food that his dog wouldn't eat."